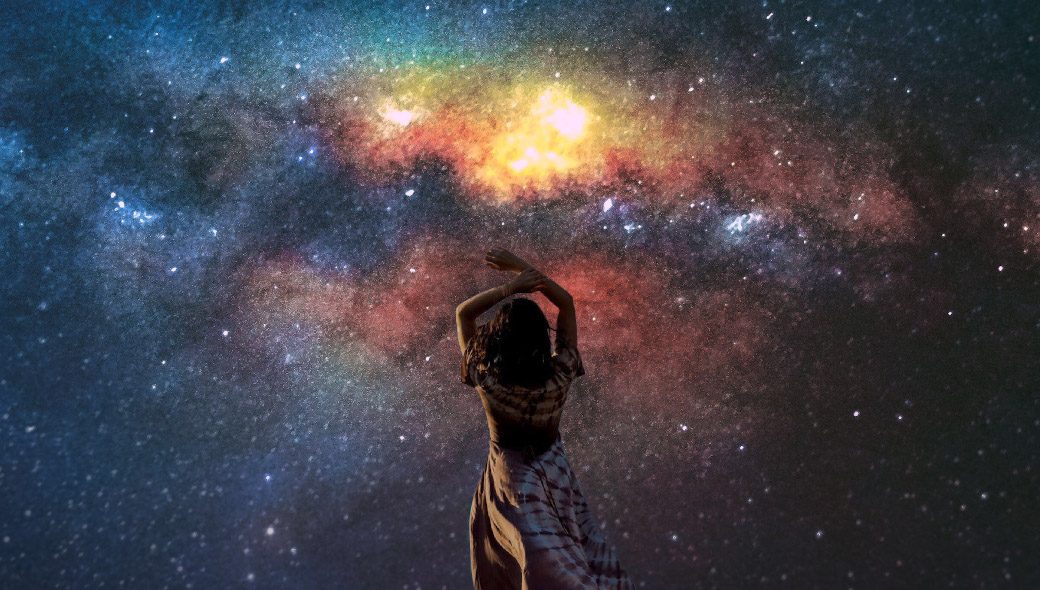 If, in a not much distant future, humanity received the unpleasant news that a humongous asteroid is heading toward Earth, promising a collision which would wipe out all intelligent life forms, would that be considered a catastrophe? Most agree that would be the worst tragedy ever. But it would, really?

I say it depends. It depends on the perspective from where you look at things. A tragedy for earthlings? Without a doubt. A tragedy at a cosmic level? Not quite, for the universe is actually “business as usual.”

Most would argue that is a tragedy independently from the lenses we look through, by the fact that ending life is disastrous because of the miraculous nature we endow to our own existence.

Don’t get me wrong here. I do believe life is a miracle, but the way we behave and interact with others might be impacted by our unconscious interpretation of that miracle.

During millennia, humanity has attributed the miracle of life to deities. Supreme beings who created all that exists with a purpose, and with humans, they achieved their masterpiece. Crafted in “God’s image,” which put humanity at top of the creation, just below God. This belief made us believe for thousand of years, that we were at the center of the universe, and that literally, the entire creation revolved around us.

As science secularized the origins of life, and the old gods fell out of favor for the ever-expanding consciousness of intelligent life, we accepted the notion of a miracle not attributed to the divine. But, at this day, without the scientific means to fully explain our existence, a need for having a purpose still haunts the human minds. The growing tendency to humanism centered on the miracle in our life experience. “Your life is unique” or “Your life is like no other” can be read in many self-help books to boost the self-esteem of readers and show us, that “we have the power to change everything that surround us”… because at the end the entire creation revolves around us, and we decide how to experience it.

This situation highlights that little has changed during the last hundreds of years. We are still the self-centered race that believe is above everything and everyone because we have the right to decide how we want to experience the world.

The problem of worshiping our life’s experience and surrender ourselves to the pleasures of our sensations and put them before everybody else is: what if our life is not as unique as we thought it was?

There is a “motivational” video you can find on YouTube of a discourse shared by Steve Jobs to the graduates of Stanford University. Even when nobody can deny the genius of the man, there was a section of the speech which stroked me hard. Steve Jobs describes how he included multiple typographies to the first Macintosh computer and goes to the lengths of asserting “the personal computers might not have the wonderful typography they do” if was not because of him. But could nobody really had come with the idea of including typographies to the PCs if was not by Jobs? Humanity would never had created the phonograph if it were not because of Alva Edison? Or classical music would had never developed into Romanticism if not because of Beethoven?

I certainly doubt it. Within time, somebody else would. How I know that?

In the past, it was very difficult to challenge the uniqueness of the experiences of our life, enclosed in the tiny bubble our world was. Now with the interconnected reality we experience with the Internet, every time we feel we are experiencing a challenging time, an immeasurable tragedy that has befell upon us that nobody could ever understand, it’s just a matter of googling our misfortune to see the thousands of experiences, strikingly similar to the one we experience, and if we are lucky, there are a few books already published on the matter. And that has become both our salvation and our doom. As the self-centered individuals we are, we struggle to show in social media that our life is not like the rest. That our experience of life is special and I’m making it unique with the places where I go, the things I possess or the accomplishments I achieve. Because we need to prove that we are better than anybody else. And the world should in debt with me because I exist.

This sounds like I might have blown everything out of proportion, but I want you to think about this next time you are driving and want to do a u-turn in place where is prohibited, halting the traffic behind you. Why do you set your right to arrive earlier to your destination before the right of the other people to arrive on time? Why, if not because you think you are special? Above all, around you. Why you are willing to hurt people to satiate your instincts? And even to the extent of committing a crime.

Why not to be humble and recognize that we are alive because of the accident of galactic billiards in which among all the infinitesimal probabilities of harboring life, this planet overcame all the odds. And life emerged and developed on an inert planet Earth as nature’s constant struggle for hope. And accept that we humans, the most biologically complex beings, are nothing but an accident. A beautiful accident that might resemble a miracle. But an accident that should make us conscious that we are not above anything or anybody else. That we should respect plants and animals alike. Creation doesn’t revolve around us, but quite the opposite. And that we can find our special purpose in the ordinariness of our daily and common life.