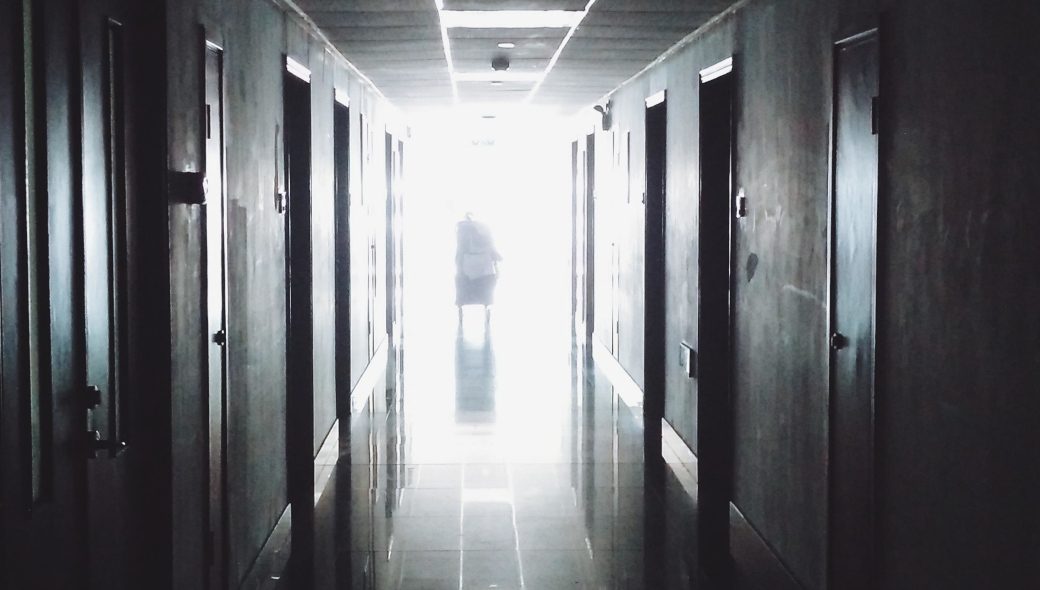 The other day, my phone rang early in the morning, earlier than usual. When I answered the call, it was my childhood best friend, and I immediately knew there was something wrong. “Your mother was rushed to the hospital,” he informed with a saddened voice, and without asking what had happened, the only words I could articulate were “I’m coming.”

I scrambled out of bed, still drowsy, unable to align my thoughts, not really wanting to think about the situation. I packed some clothes and hopped inside the car, with an hour-and-half drive ahead of me before I could reach the hospital, considering my mother lives in a nearby town.

As I drove through the dark streets, I focused on the road, making sure keeping my nerves at bay to ensure I could I arrive safely to my destination. But as time elapsed, my mind could not avoid thinking about the possibility that her ailment could cause the death of my mother. The attachment played its role, triggering the fear within me, making me anxious about the possibility.

Then, something happened. Sunbeams broke across the horizon ahead of me, tinting of orange the dull asphalt of the road and revitalizing the greenery of the landscape. I could not remember the last occasion I had taken the time to halt all my duties and just enjoy a sunrise. And at that moment, having nothing to do but driving, I just relaxed and enjoyed the spectacle, thinking that maybe even if my mother was dying at that same moment, not even the shadow of death can darken the beauties of this world.

When I finally arrived with my mother, she was still alive, but she was indeed very sick. She suffered a diverticulitis which caused a peritonitis and had to undergo emergency surgery. The surgery was of high-risk, considering her condition (dehydrated and her age) and the severity of the procedure, yet I agreed accepting the risks. After nearly four hours, she was returned to her hospital bed, and doctors shared the good news that the surgery had been successful.

The days after, when I thought my mother had left danger behind, a new complication arose, she was suffering a severe infection generated by an abdominal-cavity sepsis, from remains of the perforation of her large intestine which attacked other organs and filled her lungs with water. Weakened by the severe infection, my mother’s signals decreased, and she had to be plugged to oxygen and cables to keep her alive.

Those were dark moments indeed, in which I had trouble glancing at her, so frail and weak, that I had to abandon the room to wail in the hallway, so she could not see me crying. And one night when I headed in search of the comfort of the hallway to shed my tears, I witnessed the departure of the patient of the adjacent room, who has just passed away. The whole family paraded mourning after the corpse of their loved one, and I stood there, believing my mother could follow next. I pondered about how fragile life is. One day we cling to life and the very next moment, our lives hang by a thread so thin and delicate that it seems will break at any moment.

Then, the wise words of stoic philosopher Epictetus came into my mind, “never say about anything, ʽI have lost it,’ but instead, ʽI have given it back.’ Did your child die? It was given back. Did your wife die? She was given back.” Maybe I had to have the resignation to accept the natural order of things, in which Death is the destination for life.

When I returned to her room, my mother was in a weird state of between dreams and vigil, in which she was having lucid dreams, and she was doing all the things she liked without being strapped to the hospital bed. My mother begged me to help her stand and leave, because she didn’t know why she could not stand on her own, unaware of her medical condition. And with a breaking voice, I had to bring her back to her reality, in which she was on the brink of death.

As days elapsed, antibiotics gained terrain over the infection, and after a long stay in the hospital, my mother was discharged, still requiring the support of doctors and nurses at home. After being closer to embrace death, my mother was finally once again clinging back to life.

With a steep recovery ahead, my mother still questions about her permanence in this existence. But me and I brother, as we tend to her needs, make sure to help her grasp that despite of the suffering and difficulties she underwent, life can still amaze her with a beautiful sunrise to outshine the gloominess of the happenings of daily life.

Every extra hour we squeeze out form life, we gain life, if we dedicate that time to whatever fulfills us in this existence.

Marcus Aurelius used to say, “Think of yourself as dead. You have lived your life. Now, take what’s left and live it properly.” So, considering the fragility of this life, we have no other entrust that living the rest of our lives the best we can.