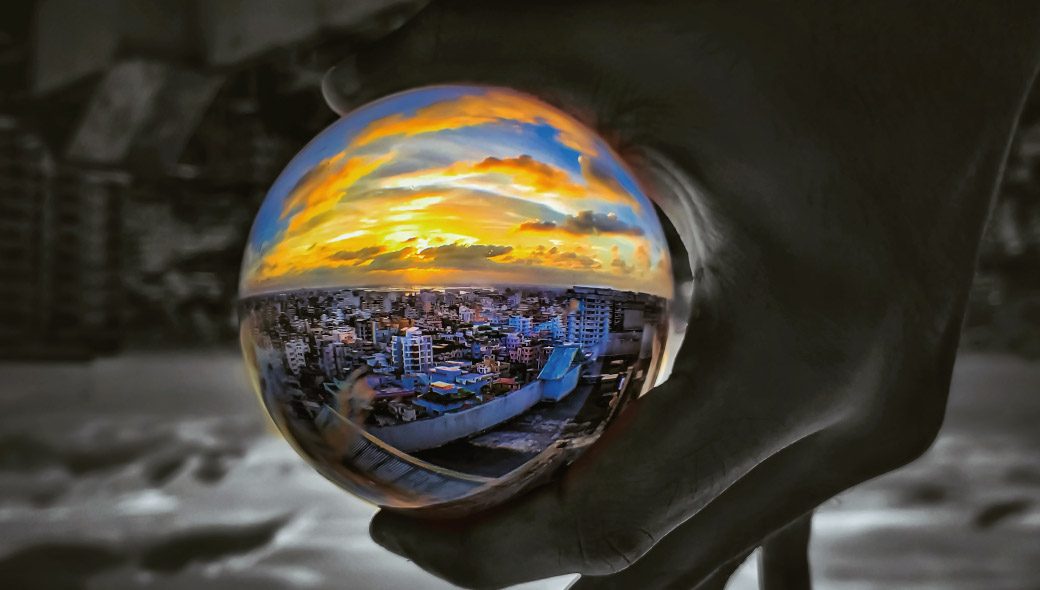 The future is now. Maybe not the future we imagined with flying cars, but when we look at it from the perspective that “90% of the world’s data has been created in the last two years” and that according to the DOMO report of 2018, “over 2.5 quintillion bytes of data are created every single day,” we can’t deny we are living in the future. A future of data.

Every time I tell my friends I am concerned with the amount of “Digital Trash” we generate, they laugh at me, and maybe everybody would. I understand their reasoning because digital trash doesn’t pollute the environment and doesn’t cause harm as with physical trash… or does it?

We humans are reckless by nature. Collectively, we make a new discovery and before thinking in the long-term impact of it; we exploit it, dazzled by its novelty. Just like happened with oil and its derivatives, now literally forming an integral part of us as microplastics embedded in our body. And that happened because we thought plastic was not in issue until we were literally swimming on plastic.

People will tell Digital Trash is not an issue until we literally swim in data, considered being trash. Now, here is a question: How much of the 2.5 quintillion bytes of data created every single day do you think is really needed?

I would like to be optimistic and think that most of it, but later I scroll in any social network and identify all the prejudice, the bias, the propaganda, the distortion and the misinformation plaguing the web that’s shared by users over and over, and I question myself, where is the skill of Critical Thinking?

Judging by today’s social discourse, critical thinking is dead (as dead as Socrates, the first recorded person who employed it). Now, we live in the era of the dichotomic thinking, in which everything is black and white, right or wrong, with no room for shades of gray and where Cancel Culture is king.

For millennia, as humanity, we struggled to attain democracy, and in recent decades for the democratization of information, which we thought would lead us to the much-coveted utopia, just to find out, that information by its own, it’s useless. And not just useless, it can be harmful, because information is power in the hands of those who know how to wield it, to subdue those who don’t.

I see people more concerned about including “Vlogging” in the curricula of the schools rather than epistemology (the branch of philosophy concerned with the study of the knowledge). Our society is more worried about becoming an “influencer” in social media rather than being responsible for what they are going to communicate, and to who will they influence. Just to end up becoming the influencers questioning the roundness of earth and reinforcing conspiracy theories.

As workers (the rest of us who don’t make money as “influencers”), many of us have grown worried about our jobs being replaced by robots or automation. However, judgement and decision-making (pillars or critical thinking) are listed as part of the skills that would not be replaceable in the foreseeable future, because even when technology can be better in calculations and diagnostics, it would be up to humans to deal with the subjective side of data analytics. Yet, critical skills are less listed nowadays in job descriptions because HR departments take them for granted. But is really critical thinking within the skill set of the vast majority of us?

Now that “Woke” term has resurfaced as a culture to create an awareness of issues concerning social justice and racial justice, like back in Abraham Lincoln’s time, cultivating the “wide awake” movement. I believe the term should not be used as the two-edge sword to enforce political correctness, but to extend the spectrum of the meaning of being awake, to be conscious, skeptical, unbiased, self-directed, self-disciplined, and self-corrective in the pursuit to search for the facts and analyze the data to generate our own judgement in all aspects of life.

I sincerely believe that if we are fully “awake” and aware of our ignorance and focus it on learning rather than unmindfully confront others, we could as society, overcome the egocentrism and ethnocentrism.

And I also believe Critical Thinking is not the skill of the future, but of the present, as the means to carve a better future for the generations to come.

Using critical thinking in our everyday lives, which is the basis for becoming a philosopher, should be something aspirational to all human beings. Or in the words of stoic philosopher Epictetus, “this is how Socrates fulfilled himself by attending to nothing except reason in everything he encountered. And you, although you are not yet Socrates, should live as someone who at least wants to be Socrates.”