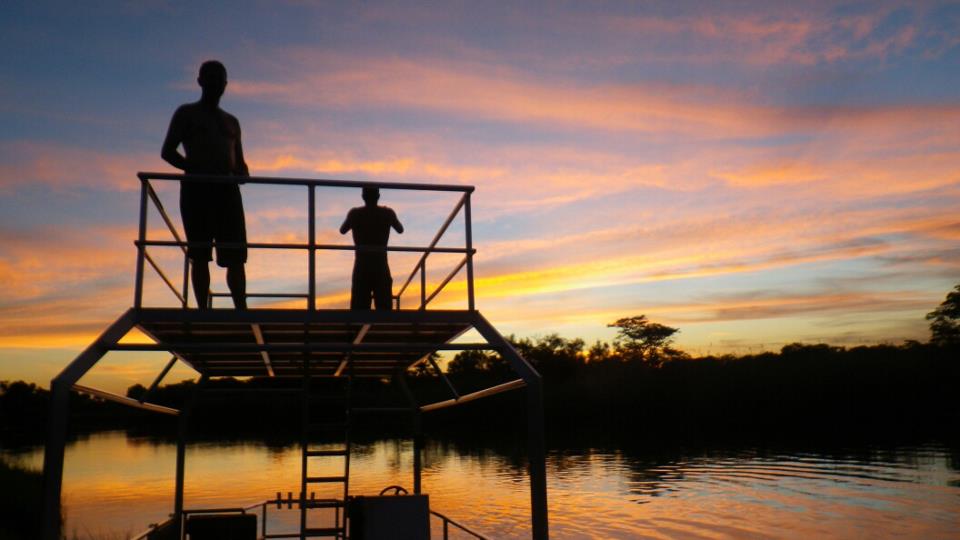 In my coming and going through life I have meet people, that unlike me, can travel unconcerned of schemes, places or schedules, they just go free as birds. When they tell me their stories I feel a combination of amazement and envy, because sometimes I wish I could be as carefree and leave everything behind like they do.

One day, some friends introduced me to Phillip, a South African brother that was in his one-year tour through the world. I had the opportunity to hear his stories and adventures that astonished me deeply. But what was more amazing for me was his life philosophy. He told me he started traveling the world with a plan of working six straight years to save money and then taking an entire year off for traveling. As he did it, the cycle became shorter until eventually it became his way of life.

Everybody questions him “How you do it?” like if there was a secret recipe, but it’s until you meet him when you understand how easy can be:

Phillip never has to worry for a hotel to sleep, because as soon as people realize how kind and lively fellow he is, everybody invite him to stay at their houses, not as guest but as a friend—and believe me, he makes lot of friends.

I have met few people that I could label as truly happy and Phillip is one of them. I remember chatting with him in Mexico. I listened to him startled on my chair, he explained how his $19-USD-daily-budget world tour worked while I wondered how could he be so relaxed even if didn’t knew where he will be sleep the day after. But Phillip was just sitting there, in front of me with the widest smile and irradiating pure happiness.

Can be his travels the source of his happiness? I thought.

Skepticism made me question that if his happiness was due an effect of the eternal tourist. When you visit some place for first time you are amazed and you are usually of good mood because you are on vacations after all. Could be that extending that period of novelty of things can be a way to perpetuate happiness? I wandered at the moment, but what when you go a place for fifth or sixth time? It’s not so exciting like it was before.

I diligently followed Phillip’s journeys through Facebook, but as I saw him coming and going through with the same wide smile for years, then I came to the conclusion that he indeed has the eyes of a tourist, which grant him the ability to see everything with novelty. But it’s not a condition exclusive of travelers, it’s about the perception we have about life.

We don’t need to travel a mile, Life it’s a journey by itself, but we need to allow ourselves to be marveled with the wonders of life like if we were first timers, like we were tourists, because after all we are tourist in our own lives.

How can we achieve that?

The other day I was sitting at the waiting room for my turn to see the doctor and I waited for an entire hour that felt like ages. At my side was a woman with her toddler dancing and jumping around and I asked myself: How is that the toddler and I can have such a contrasting perception about the same place? For the kid, everything was new. And even if he gets bored a minute later he will find something that awakens his curiosity once again.

I remember I said to Phillip that day “I want to be like you when I grow up,” even considering I was an adult.

It is true,I want to be an eternal tourist too and witness everything with the eyes of novelty.

Thank you for the teachings professor Phillip-Neil Albertyn, you have proven not only to be a kind soul and citizen of the world, you are above everything a Champion of Life.

PS. Get well soon buddy and don’t get used to the bed, your heart belongs to the wild.

6 thoughts on “The Eternal Tourist”