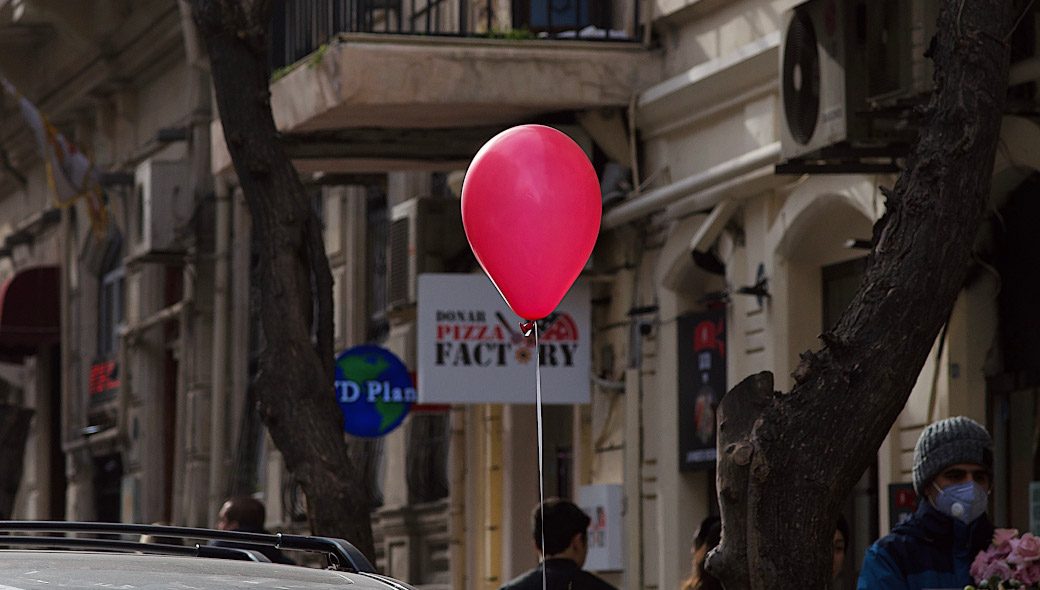 When I was a toddler, like most children, I loved balloons. It seemed so magical. A sphere floating above everybody. So ethereal, that had to be tied to the ground to prevent them from abandoning surface and lost themselves in sky’s immensity. But after a few days, the magic always started vanishing. The impetus of the balloon to fly away dissolved within time, and at the end, it just bounced lightly over ground. Saddened, I always tried to help them, blowing fresh air in. But it didn’t matter how hard I tried, it never worked out. What have I done wrong? I inquired myself, with my naïve mind observing at the balloon man, unable to understand how he made it work. “He fills them with gas,” was the answer I received from my parents back then. But the air is gas, right? I told myself back then, ignorant of concepts like atmospheric pressure and the density of different gasses. But despite the incapacity to reproduce the effect of levitation in a balloon, it never diminished my fascination about reaching the sky.

As I grew older, my horizons expanded beyond the sky. Like a balloon carried by the wind, science fiction transported my mind into cosmos. Movies, cartoons, comics, and video games among many media have explored the vastness of space. But despite the endless interpretations, the universe remains intriguing, mostly unexplored. As humanity, we have barely emerged to peek into cosmos, hatching off like a chicken through the cracked eggshell we fondly call planet Earth.

“Space: the final frontier” was Star Trek’s opening line, putting emphasis on the endless challenges that space poses to humanity. During the last centuries, man has conquered earth and sea, and even soared through the skies. But space, it’s so alien, so hostile, so different, that a human by its own would die everywhere in the universe but enclosed within the eggshell atmosphere of an earth-like planet.

But what is so alluring about space that we are willing to put our own lives at risk?

I think it’s because even wrapped in enigma, cosmos hides the answer to many of the questions which have tormented humanity since our existence. From where we come from? To where are we heading? Are there more like us? Why are we here?

With the aid of our technology, we have envisioned a future of spacecrafts and spacesuits, wandering through the stars like galactic orphans in pursuit of meaning. Just like Darwin did in his explorations, we want to follow the clues to trace the dawn of life to its sunset into a more advanced civilization than ours. An inner struggle to find the missing link with the homo galacticus, which would confirm that humanity is not fated to die in seclusion. To convince us that humans can thrive in space, and one day, hopefully, we can conquer it.

These days, we live a sequel of our space race. This time not raced by nations infused with bellicose feelings, but rather by private companies like Blue Origin, Space X and Virgin Galactic, injected with capitalistic interests propel space travel and space mining as the industries of the future. Like back in the 60s, people have started questioning the humongous investment of resources required for humanity to make it to space, with a potential benefit that doesn’t outweigh the cons in the eyes of many. Moon landing dispelled many of the ill comments back then with a testament of overcoming challenges and human willpower. But today, five decades later, it’s hard to believe that the feat of putting a foot on Mars could convey the same message of unity to a still geopolitically divided humanity.

I believe it’s valid to question the usage of earth’s resources, but we also need to be fair and acknowledge that many of the technology advancements have come to humanity through less honorable means, citing warfare at the top. Most of the technology that we enjoy today has originated as a byproduct of such efforts. So, we should avoid technological hypocrisy.

Do I think that private companies or governments should pursuit the space race when we have many challenging issues at home?

I think that believing humanity can reach the corners of space (even those of our galaxy), is like believing the toddler version of me could make into the sky holding my balloon. Humanity is in its infancy, fighting against laws we don’t fully understand, defying the odds of the own limitations embed by nature in our kind. All this happening while we depredate our planet.

Should we stop the exploration of cosmos then?

For space exploration, we need to stick to the most powerful spaceship known to man: our minds. Most of the cosmos’ mysteries have been unraveled by an inquiring mind sitting at the comfort of a house, using creativity as the main tool to test the hypothesis within the boundaries of our planet. Stephen Hawking, stranded to his wheelchair, had a deeper understanding of space than all astronauts who have visited space had and probably would have.

Cosmos might be a physical frontier, but not a mental one. As a child, I could imagine what would happen if I could fly with my balloon. And even when those thoughts carried me nowhere, it gave me the peace of mind to accept what I could not understand at that point, and patiently wait for the moment is which I had the knowledge to figure out the reason.

In a distant future, humanity might travel through the cosmos one day, but for us, like for those humans who born before the conquest of the seas and the sky, we need not to focus on making it to the space, but to keep dreaming about it. Because even when our dreams might seem futile, those dreams are like the mouthfuls of air I breathed into my balloon: incapable of making it reach the stars, but enough to keep it gallantly suspended above our reality.

So, keep breathing and keep dreaming.