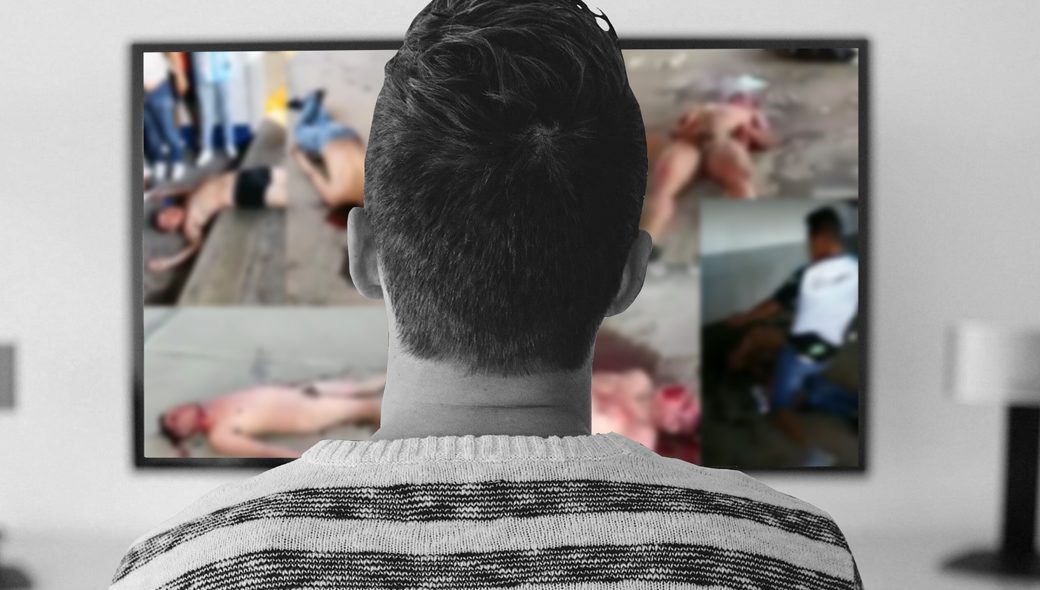 The world is undergoing turbulent times. Russian-Ukrainian war worried the entire world, fearful this conflict could escalate into WWIII. Images portrayed by the media of wounded civilians suffering the aftermath of bombings are really disheartening. As Mexican, I was heartbroken and deeply concerned about the possibility this armed conflict could push our civilization eighty years into the past, to suffer a bloodshed in a scale only witnessed by our late grandfathers and forefathers. As days pass, and the conflict doesn’t reach peaceful resolution, I fear the worst.

Unfortunately, yesterday I was violently dragged into the past, not by eighty years but at least half a millennium, and not having Europe as scenario this time, but my land.

On March 5th, 2022, a soccer match took place in the city of Queretaro, between two teams: “Atlas” from Guadalajara city and the “Gallos Blancos” from Queretaro City. Even before the match could conclude, violence erupted. Fans from Queretaro team attacked the contrary team. I could not describe the gruesome images like anything than barbaric. The videos shared in social media show fans violently beating their already unconscious rivals over the ground, stripping them naked, and ridicule them. Preliminary figures speculate the toll of death could be as high as twenty and the number of wounded are on the several tens, to even a hundred, this including families and children. A barbaric display indeed of the likes not seen since the times of Spanish conquest.

Yesterday’s event truly left me speechless and deeply alarmed about the rotten social fabric and the future of México.

As Mexicans, we love putting blame on others. It’s almost a sport for us. We attach our country underdevelopment to the Spanish Conquest or the “yanqui” government influence. We blame our politicians or organized crime for everything bad happening, as if those individuals were from a different nationality. As if they were foreigners, intruders, or invaders. We cannot acknowledge that all of them are indeed Mexicans, and that same politician or delinquent we abhor so much, many times end up being our acquaintances, friends, or even worst, our own family.

Let’s speak plainly. The “fans” shown in the video beating other human beings to a pulp without the least trace of empathy or remorse, have a name, they are psychopaths (sociopaths to the least). The Diagnostic and Statistical Manual of Mental Disorders defines this behavior as Antisocial Personality Disorder (ASPD), and its most severe form is called psychopathy. “Psychopath” is someone whose hurtful actions toward others tend to reflect calculation, manipulation and cunning; they also tend not to feel emotion and mimic (rather than experience) empathy for others. We are speaking about cold-hearted people unable to put in the shoes of another even when the other is under terrible suffering or on the brink of death.

We have psychopaths and sociopaths among us. People like these criminals that, after committing their crimes, will return to the peaceful comfort of their families and friends. They will experience no remorse, unpreoccupied of the reach of the law, living in a country with a useless and corrupt judicial system and facing no condemn from their inner circle of relatives and friends, who will not make them accountable for their crimes, and this despicable event will end up becoming only an anecdote to brag about in the years to come.

As Mexicans, we are responsible for what happens inside of our country. It might seem impossible to change the government or the laws, but as civil society, we still have a powerful weapon: repudiation.

So, I call my fellow Mexican brothers and sisters to repudiate the criminals. Even if they are your friends or family. I call you to not condone the owners of the team and stadium, government and police who enabled (opening the gates and allowing them access the stadium with weapons) this to happen. I call to you if the soccer tournament is not cancelled and team responsible is not banned, and Mexico’s participation in Qatar and hosting 2026 World Cup is not removed by FIFA, don’t watch, and don’t attend to the games!

Because if you watch or attend to the games, you will turn a blind eye to the crimes, just like we daily complain about our officials.

The power for changing things is in our hands. Stop putting excuses and let’s change our reality unless this is the future you want for you and your children.