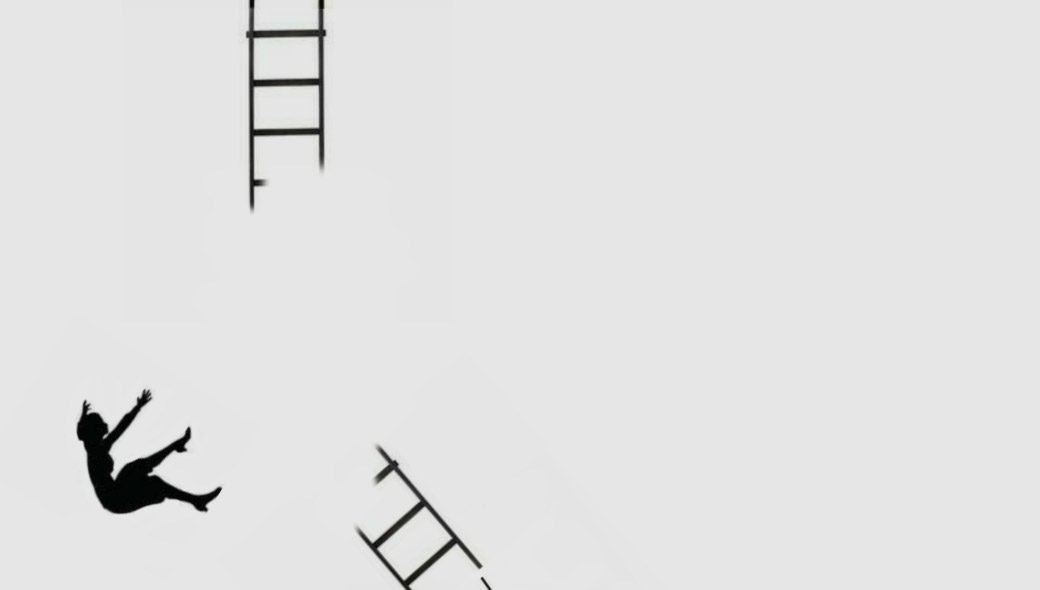 The other day, a college student told me she didn’t want to graduate, and when I asked for the reason, she fearfully replied, “what if I cannot find a job? What if I’m not good enough to do what I’m supposed to do at work?”

I transported myself back to the time I was about to graduate, and it’s true, the anxiety was there, and not only within me but in everybody. We all have felt the paralyzing sensation of the fear to fail in different points of our lives.

But, if happens to everybody, should be normalized?

Sadly, our culture has a tendency to glorify success and disdain failure, that we romantically refer as meritocracy. The term has been widely used in recent times to justify our rampant capitalist economy and the distribution of wealth. In theory, a meritocratic a society should be politically, economically, and socially designed to reward the individuals according to their efforts. And in principle, those who are “successful” and amassed more wealth is because “worked harder or smarter” than those who “failed”. In reality, a meritocratic system doesn’t take into account inherited wealth but puts the entire responsibility of failing on the shoulders of the less resourceful individuals.

Some might argue this is “the right approach” to avoid rewarding the laziness of people, and it’s certainly a topic for a long debate. However, at this moment I want to focus only on the idea that the individual is sole responsible for his or her own failure.

As I previously mentioned, the ideal of becoming successful is deeply instilled in our culture. We are constantly bombarded by media with stories of success, those “unicorns” that triumphed against all odds, and are used as an example to tout the optimistic approach which keeps the wheels of the “American Dream” rolling. But behind every story of success, there are thousands, if not millions, of stories of failure we never heard about. These don’t receive the same coverage because are not “hopeful” and, in the eyes of many, not feeding the motivation to strive for becoming better. Failure is not as inspiring as success is, rendering it less appealing.

This disdain towards failure prevents many from understanding that failing is an intrinsic part of success. Nobody can truly succeed if haven’t failed before. But we are so fearful about failing, since meritocracy teaches us that we will be the sole to blame for our failure, that we end up paralyzed, failing by our inaction. In the perception of many, not trying is less embarrassing than failing.

As we embrace the culture of immediacy produced by the instant reward of social media, we turn our vertiginous lives incapable of setting learning over whatever results from the endeavor. We turn ourselves shortsighted, unable to visualize a long-term goal at the end of a long cycle of failing and learning from our mistakes over and over. We tend to disregard our little victories, blinded by our ego, incapable of enjoying the journey.

That’s why I believe we need to refocus our ideals away from the laurels of success and set our goals in failing smartly. We need to learn to embrace failure and be proud of the effort we devoted to our tasks despite our mistakes. We need to learn that “good enough” is an acceptable outcome during our journey as long as we don’t falter in our goal.

I just recently released my first novel with a book launch, far from what I’d envisioned it would be. I did some mistakes that have fed me with plenty of knowledge for improvement for my next novel. Maybe if that book was the end goal in my life, I might be a little sadden, but for me it’s only the beginning and my commitment with myself is to improve my craft every single day. And if I work hard enough, maybe one day I’ll have the book launch I’d envisioned, but meanwhile, a “good enough” book launch is enough to fuel my enthusiasm and persevere.

Do you have a failure story you should share with the world and be proud of it? Please share it with us.