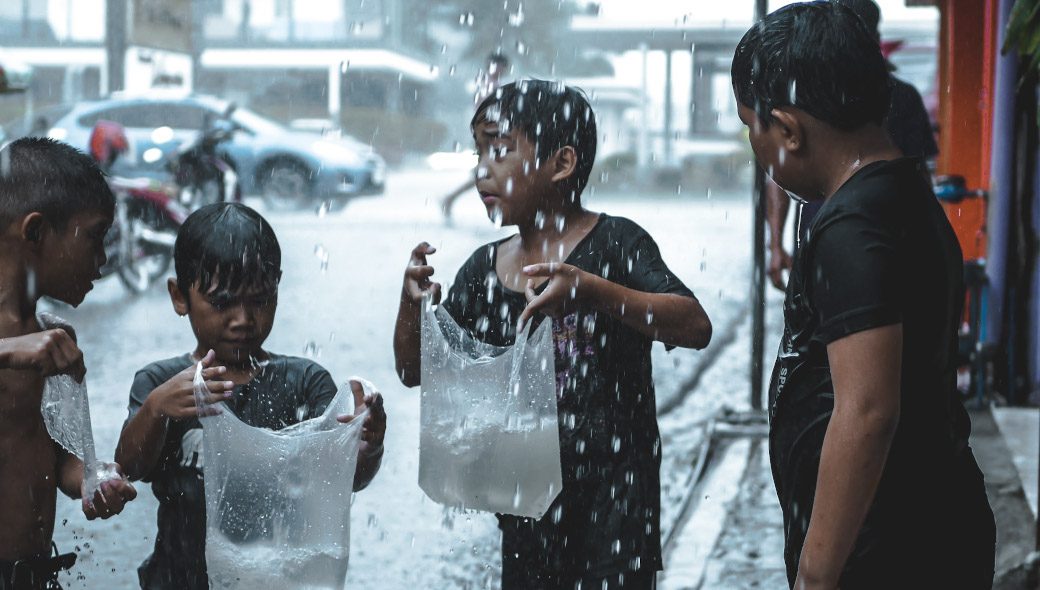 “You shall love your neighbor as yourself” reads in Mark 12:31. Most of Christians grew hearing that there was no greater commandment than this. To love. To love everybody else as we love ourselves. Paradoxically, interpreting this commandment is particularly challenging to everybody, because in some notion sounds even antinatural, considering the fact that the survival instincts coded within our primitive human personality would always push us for seeking the best for oneself and our kin.

But despite of not really understanding its meaning and that we fail in living the commandment in our everyday lives, we still teach it to our children. Maybe because deep down, we also believe that the solution to all world’s problems is love. Immensurable Love.

But is love really changing humanity for good, or it’s just our naivete holding to the Utopia of Love envisioned by Jesus Christ?

Since the day we are born, we are taught to love our parents and relatives, but we also learn to “love” our toys and favorite food, and later in our lives we experience “romantic” love. There are so many meanings for love, that becomes hard to explain with simple words. That’s because love encompasses a range of strong emotional and mental states. And like all spectrums in life, Love has a positive and a negative, a virtue and a vice.

Love as a virtue represents the affection, compassion, and kindness and as a vice, it may represent vanity, selfishness, and egotism.

The problem is, that love like all mental states works as a filter from our everyday experience. You can help someone because “you love that person”, but in equal manner you don’t help because “you don’t love that person.” When you love your partner you are willing to share your belongings, but when you are filling the divorce papers it’s an entirely different story, just because the strong emotion moves from one side of the spectrum to the other.

Love is irrational by nature; hence our judgement is clouded at the point of the decision making. The experience of love tends to be centrical to the oneself, individualistic. The person feeling the biochemical reactions in their brain is the person “in love”. Because of this reason, the idyllic “unselfish” version of love it’s very difficult to establish between individuals, and even when we can argue about the “maternal” love, we can’t deprive the sense of belonging of mothers from the equation, a difference better exemplified when we compare the relation of a mother and stepmother with her son of stepson, respectively.

Love need to be fostered. Affective bonds generate through the lapse of time. Reason why, it is unrealistic to expect that somebody will “love his neighbor as himself” when the neighbor is, technically, a stranger.

Then, if we cannot love our neighbor, how we can ensure there is respect and tolerance within a human relationship?

I believe honor might be the key. Contrary to love, honor is not a mental state, it is an ideal. Honor it’s a bond between the individual and the society. Honor manifest as a code of conduct, and include elements like valor, chivalry, honesty, and compassion.

Samuel Johnson, in his book A Dictionary of the English Language (1755), defined honor as having several senses, the first of which was “nobility of soul, magnanimity, and a scorn of meanness” and finally as “respect” of the kind which “places an individual socially and determines his right to precedence.”

The main differences I find between Love and Honor are:

And finally, some might argue that if honor represents a code of conduct, from the religious perspective, The Tenth Commandments are a code of conduct, and it’s true, but religion ties the behavior of a person to a judgement done by a supernatural being and a punishment or reward in the afterlife, defeating the purpose of the classical conditional learning. Honor by the contrary has a social component of reward or punishment in the form of “reputation”, but most importantly, honor as a belief is a self-judging tool, which looks for aggrandizing the value of a man in a more philosophical way. Honor prevents a man from stealing not because there are people around that might see him committing the deed, but because he sees himself, and that is enough.

Considering the times we are going through, I believe now it’s the moment in which the virtues of respect, compassion, honesty and equality are needed the most in our society. Believing that humanity is going to achieve world peace by promoting loving our enemies might be naive.

I was risen in a household in which my grandfather taught his children that a man without honor was worthless. And we are not foreign to the saying that “A man can die for his honor” and even extreme concepts like an “honorable death.”

Maybe it’s time again to start teaching our children about the ways of honor. Our youth is growing in a world that believe that respect “should be earned,” and nowadays comes with a price tag. And sadly, the love we teach them is failing to fill the gap.