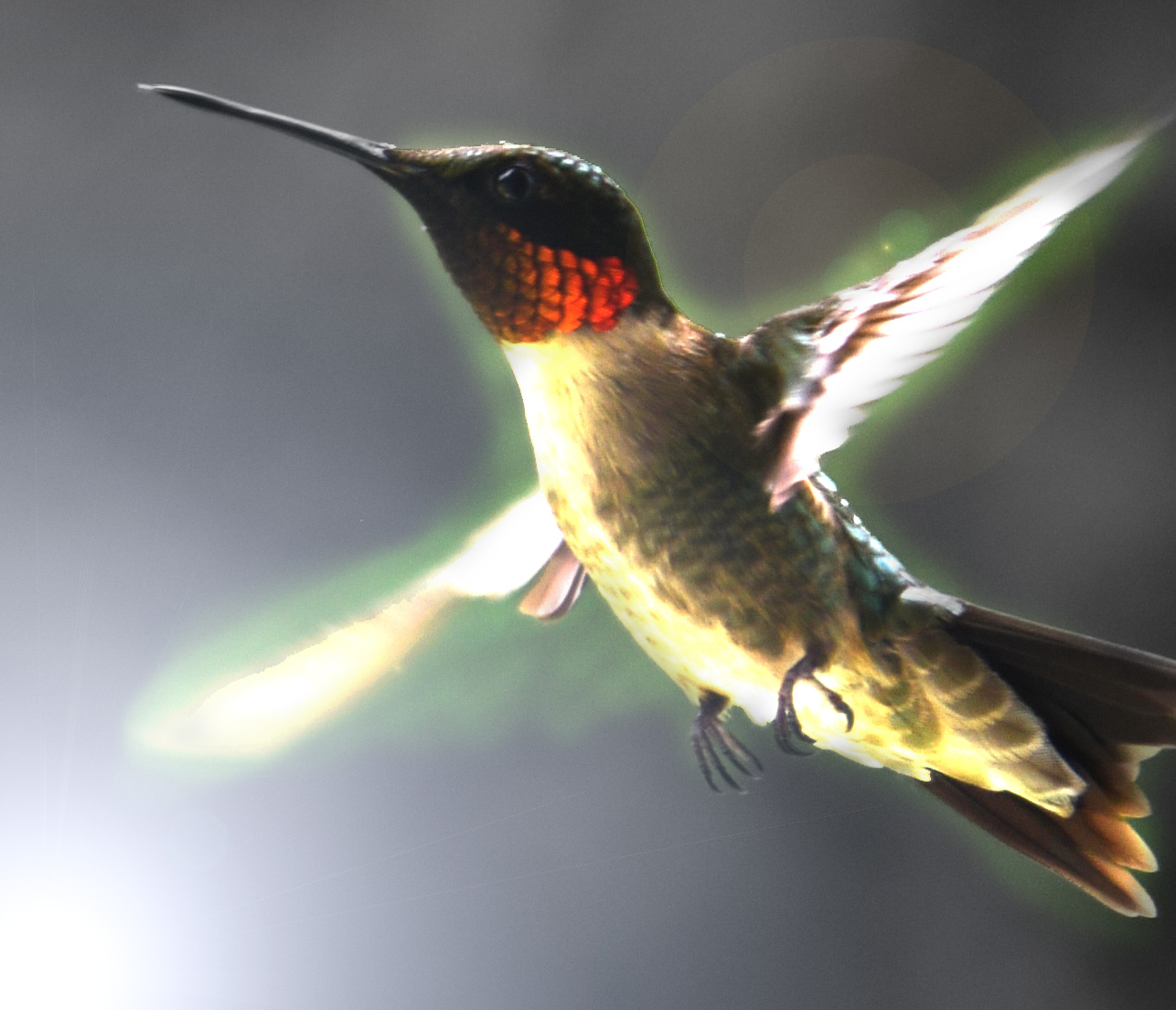 “Death is not the end,” my grandmother said to me, while watering the flowers of her garden.
“And what follows?” I asked naively when I was nine.

And my grandmother proceeded to tell me an old story. A legend of her people.

According to Guarani beliefs, after dying, the soul detaches from the body and hides inside a flower, waiting for a magical being to appear. The Mainimbú—the Guarani name for hummingbirds—, uses its long beak for taking the soul out of the flower and gently carries it to paradise.

Since that day, I became intrigued about hummingbirds. Their astonishing beauty, yet being small and fragile, a hummingbird can flutter their wings at incredible high speed, creating the illusion of being suspended motionless in mid-air. But in the blink of an eye can fly away and disappear.

It was that combination of majestic but ephemeral what drew me into the hummingbirds.

But it was until many years later when I realized, the hummingbirds were the perfect metaphor for life. When I was 26. The moment I woke up after a car crash. Unable to move, canned inside a crunched car, after a car had hit us at top speed… Us. It Hit Us! My husband!

I hardly turned to my left, when my eyelids plummeted by the excruciating pain which sent shocks along the vertebrae of my neck, but not below. Everything below my shoulders was numb.

I tried to scream his name, but no words came out, only blood erupting from my entrails.

I manged to open my eyes and I saw him.

I saw the love of my life.

He was motionless, suspended over the steering wheel, pinned from his shoulder by the seatbelt. His nose was dripping blood. He had crimson circles, bulging below his eyes.

I wanted to shake him awake, until I could hear from his lips he was okay. But even when his hand was just an inch away from mine, it was a voyage I could not complete.

Then despair struck on me. I felt dizzy, claustrophobic, as I realized I was locked inside my own body. I was incapable of cry for help but unable to remain silent. I babbled. Without the strength needed to force my way outside and live, but not even the strength enough for welcome death.

The road was empty. Only droplets of the car’s liquids echoed in the still cold dark night, which a shy Sun didn’t dare to break its spell.

Nobody will come in our aid, my mind clouded by baneful thoughts.

My sight blurred, and tiny shadows started circling around me. I made an effort to focus and all shadows converged into the small silhouette of a bird sitting on the broken windshield. It was a hummingbird. Its minuscule dark eyes looked at me, making me remember the words of my grandmother.
“When you see a hummingbird, that’s because the soul of a loved one came to visit you my dear.” She explained. “The hummingbirds come to let us know that the souls who departed before us are fine in paradise.” My grandmother stared at me. “One day, I’ll leave too, but I’ll come visit you disguised as a Mainimbú.” She gave me her tender smile.

“How would I know that it’s you?” I asked naively. “How would I recognize you?”
“I’ll sing,” She replied.

“Does hummingbirds sing?” I asked intrigued, not remembering hearing their songs.
“Yes they do, but only at dawn break.”

And finally, the first rays of light broke the spell of night, percolating through the shattered windshield, dissipating the cold which had logged in my bones. The multicolour feathers of the hummingbird shone as neon lights.

“Be-be-beautiful,” I smiled with effort, breaking the dam withholding my tears inside my eyes. And with my tears running down my cheeks, I finally heard the song of the Mainimbú.